June 26, 2020
This morning, writing twitter was blown up by a post from Alexandra Rowland accusing Scott Lynch and Elizabeth Bear of some nasty manipulative behavior. I have reason to believe that Rowland is acting in bad faith.

Seven or eight years ago, Rowland and I were in the same writing group. I didn't know them well, but we became Facebook friends because that's what you do. At some point after we fell out of contact with each other, they made a post about an affair with an influential older male who had lied about being in an open marriage and proceeded to manipulate and gaslight and emotionally abuse them.

I didn't know any of the people involved other than Rowland, but I was affected enough by Rowland’s post that I can still recall reading it all these years later. So when I saw Rowland's blog this morning, I assumed it was the same situation... except the dates weren't right. The Bear/Lynch events took place in 2016, but the post I remembered was older than that. So I went snooping around.

Rowland's original post that I'd read was taken down from FB, but they had cross-posted it to their tumblr on May 10, 2014--years before the Bear/Lynch relationship had happened. It told the same story with a lot of the same language, but with a completely different older man. I found that post this afternoon (Friday, June 26).

Some hours after I found Rowland’s post, they went back and edited the story, removing most of the details.
Fortunately, I took screencaps.
Here's the post as it was as of around 3pm this afternoon. I've blacked out the names, but C_____ and S______ are the same person, and T____ is that person's wife. 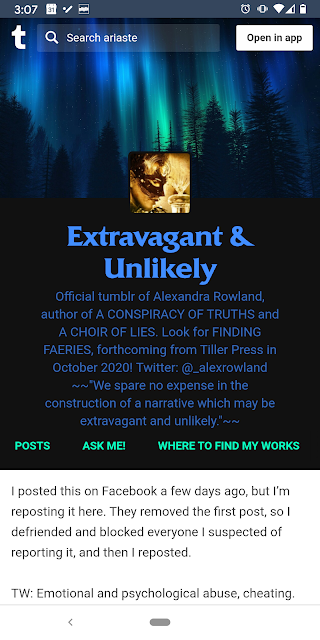 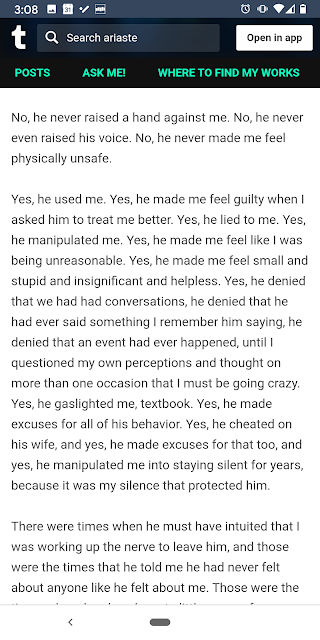 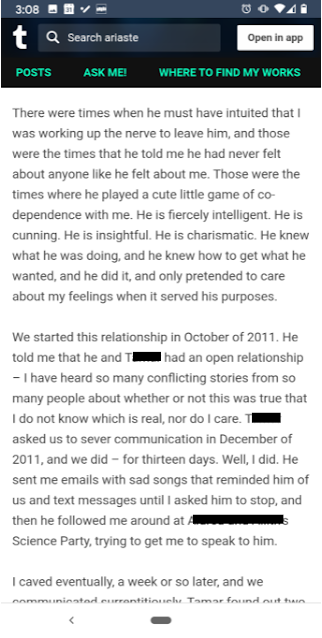 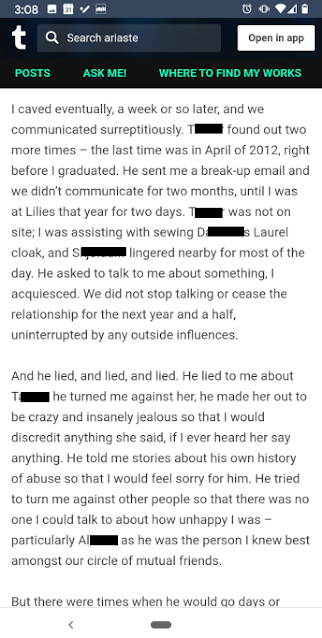 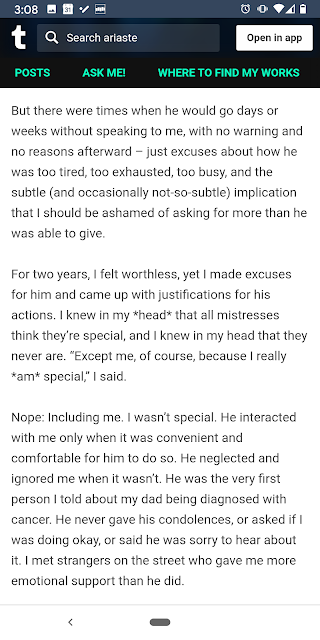 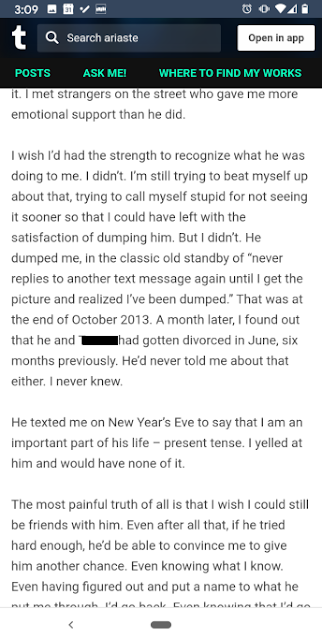 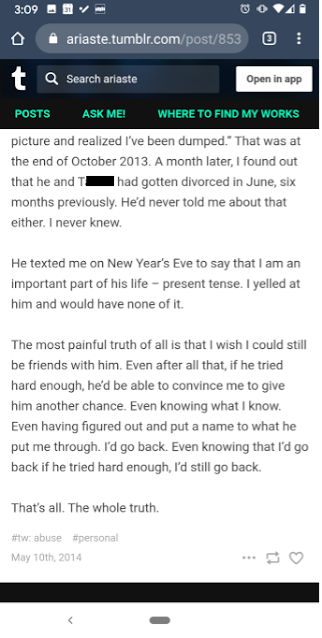 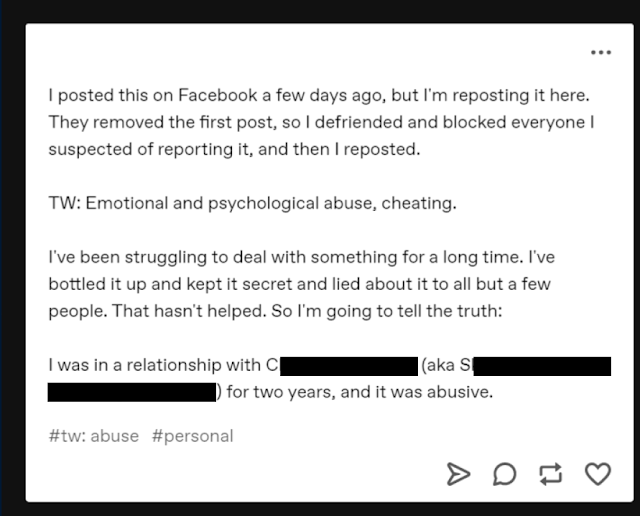 Look, accusations like Rowland's should be taken seriously. I'm not calling them a liar, but they're painting themself as a blameless innocent, and I don't think it's that simple. When someone displays a pattern of bad behavior, you have to question their motives. It's important to root out serial abusers if we're going to make the internet a better place, but all of those efforts can be undermined by a few who are acting in bad faith.
]{p

September 08, 2018
Last week I got Lasik. I was looking forward to not having to deal with glasses getting smudged by my kids or slipping off my face. I figured that not needing them would be pretty convenient. However, the words I heard over and over from other people who'd already done it were: "life-changing." That seemed to be overstating a bit. Convenient, yes, but life-changing? I didn't get it. I get it now. I've had some kind of vision correction, either glasses or contacts, for the last thirty-odd years, which is nearly as far back as I can remember. And what I hadn't realized was the extent to which this had become part of my identity. It's not that I thought glasses were cool because I wore them--although I did and they are. It's that the ability to see was, for me, artificial and temporary. And my vision was pretty bad, so my natural state was one of... not so much "blindness" as "isolation." There was a layer of vagueness that sat bet
8 comments
Read more