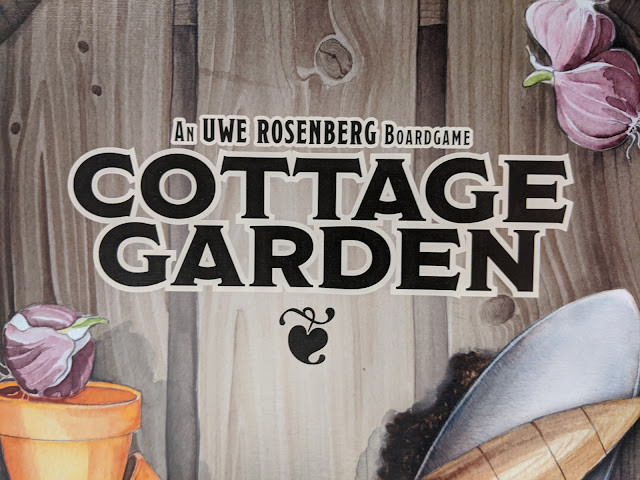 There are tense games and there are relaxing games. Cottage Garden is the relaxingest of them, and I say that having recently reviewed Bob Ross: Art Of Chill Game. 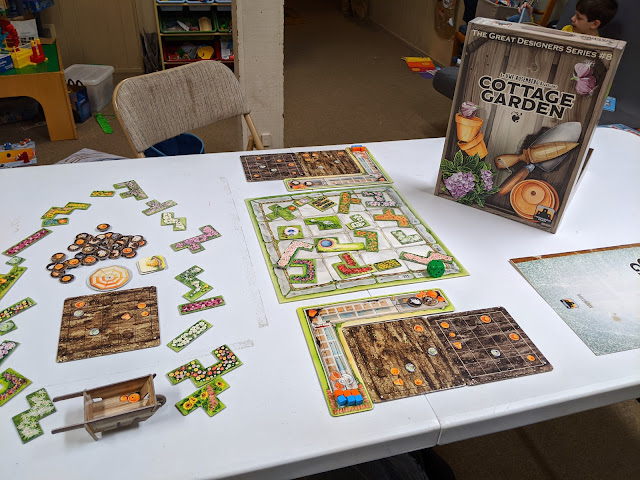 In Cottage Garden, you and up to three friends will take turns filling out your flower beds with the plant arrangements provided by the gardener. You get points based on the number of pots and cloches still visible when you finish filling a plot. There are also cats available to help you out. 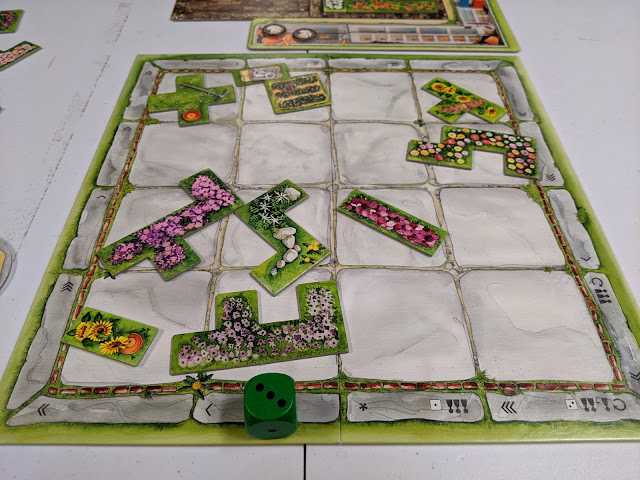 The green die represents the gardener, and he walks around the game board as a kind of timer. Every full rotation of the board, the die value is increased. When it gets to six, that's the last round. On your turn, you take a tile from board and place it in one of your flower beds. It needs to be completely contained in the bed and can't overlap with any other tiles you've placed. Ideally, you want to avoid covering the cloches and pots in your bed, because those are worth points, but if you have to... that's okay. 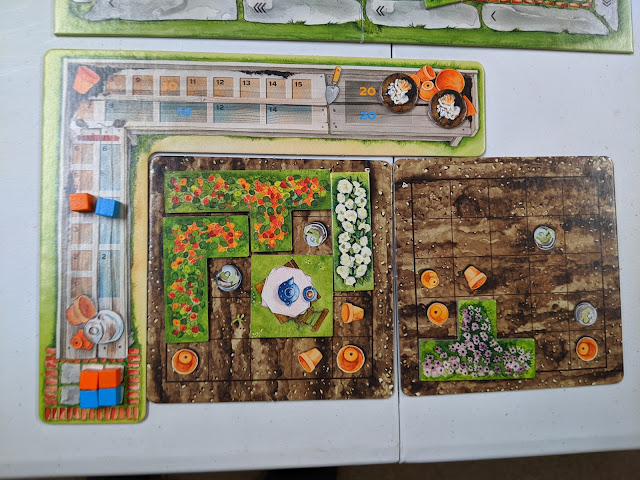 If you don't like any of the tiles you can take a flower pot token and use it to fill in gaps. If there are fewer than two tiles in the row or column you're selecting from, then the gardener refills it from the garden path, or you can spend a cat token to make him refill it early. Additionally, as a free action, use a cat token to fill in a gap. Once you have filled up a plot, you move the blue and orange scoring tokens along their tracks according to the number of cloches and pots that are visible. You get a new plot to start planting and return your tiles to the garden path. 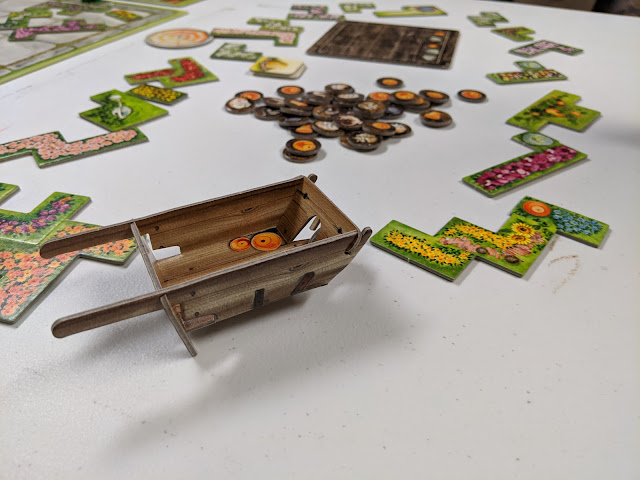 Cottage Garden takes some of the best elements from gardening, Tetris, and jigsaw puzzles and blends them together into a nice, soothing little competitive puzzler. The artwork is gorgeous and the theme is just spot-on. The game-play is intuitive and the theme is... let's go with "highly targeted." There are a lot of delightful little touches to the game too, like the 3D wheelbarrow or the bits of "dirt" scattered throughout the rule book.

I don't love games with a fixed number of turns. I find that dynamic limiting in terms of strategic experimentation. I don't love the game box. It's nice and compact, but the pieces are too loose in there. Also, for a game as low-key as it is, it gets weirdly complex around scoring, especially late in the game.

Not directly, although it's the first game in a series of polyomino games from Uwe Rosenberg, which also includes Indian Summer and Spring Meadow. Rosenberg definitely has his own aesthetic for game design, and it's heavy on the landscaping. I don't care for either of them as much as this, though. It's also considered a spiritual successor to the game Patchwork which I haven't played yet.

This is just achingly pleasant and sometimes that's what you need in a board game. If "Tetris with flowers" sounds like something you would enjoy, then you're going to love this.

Tune in next week when we roll up a mythic adventure in Dice Forge...
In Acquire-To-Zendo, Kurt is going through his favorite board games in alphabetical order. Read the explainer or see more posts.