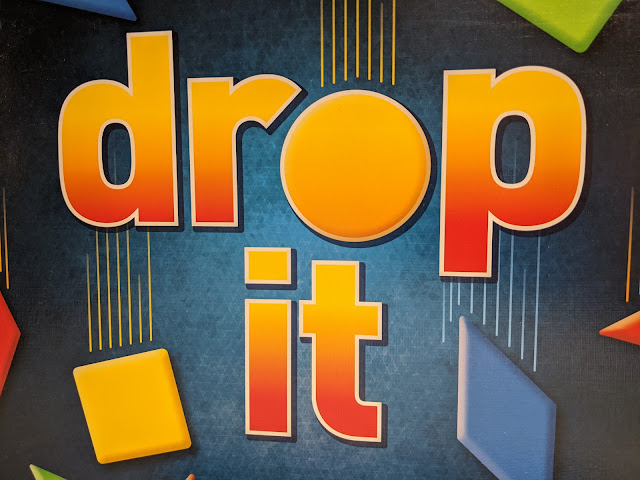 I love a good dexterity game. Dexterity games have the kind of mechanics that you can't meta-game around. You either have the skills or you don't. They're fun to play with kids, and they're particularly fun to bring out at the party after people have had a couple of drinks. There's something inherently childish about them, and if you're willing to embrace that, the experience can be quite rewarding. Of the dexterity games that have come out in the last few years, my favorite is Drop It. 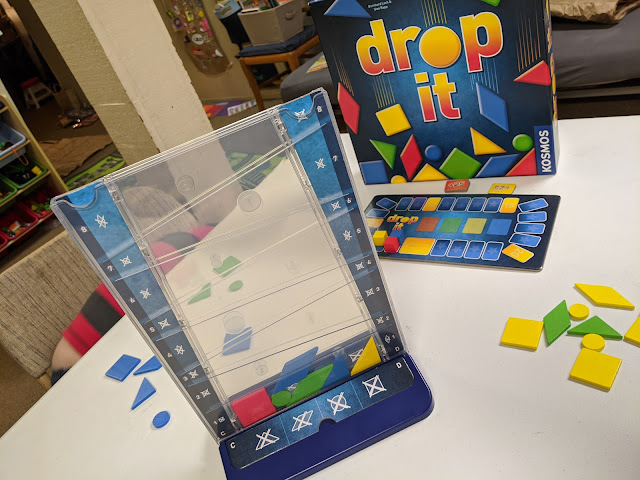 In Drop It, you and one-to-three friends will take turns dropping shapes into the stand that serves as the game board. It's divided into eight segments, and whatever the highest segment your piece is touching, you get that many points. Additionally, there are circles printed on the board that are worth one two or three points, and if your piece is touching one of them, you get those points as well. 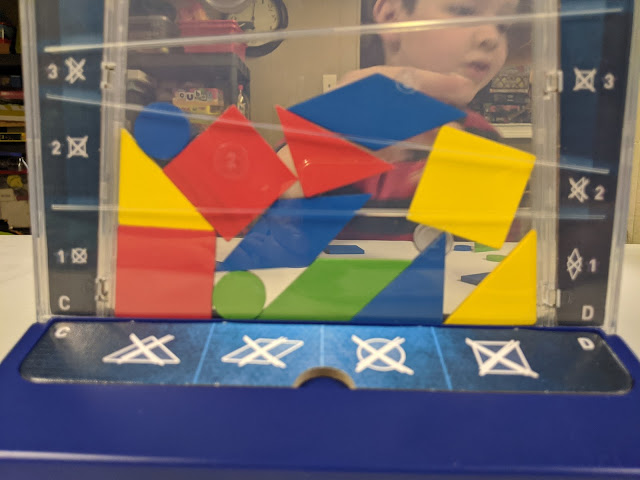 However! If the piece you dropped is touching another piece that is the same color or shape, you get no points. Additionally, the bottom and edge are marked with either shapes or colors that aren't allowed to touch it, and if you violate those rules, you don't get any points either. Each color has nine pieces in four different shapes, and all of the pieces are used in a game regardless of player count. In a two-player game, each player gets two colors, and in a three-player game, you each get a color and the remaining color is divided up. Once the last piece has been dropped, whoever has the most points wins. And since that's a pretty short description of the game, here are some photos of my kids playing! 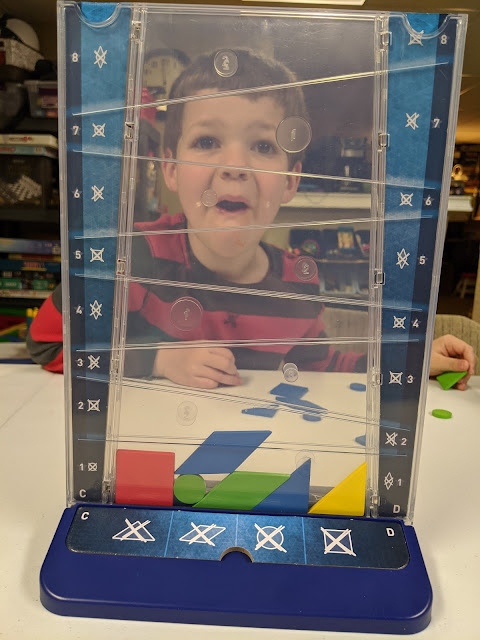 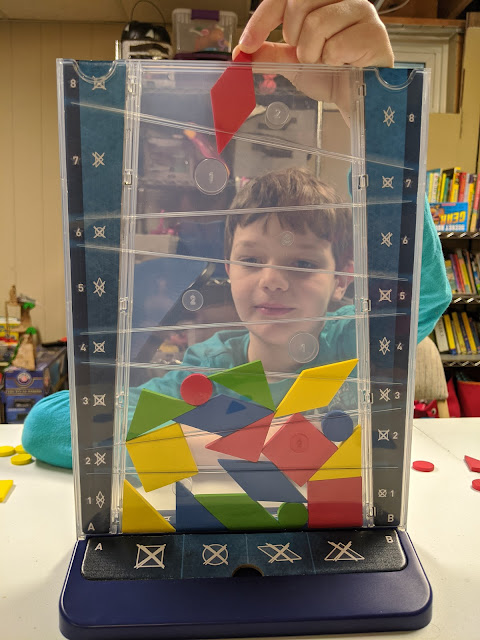 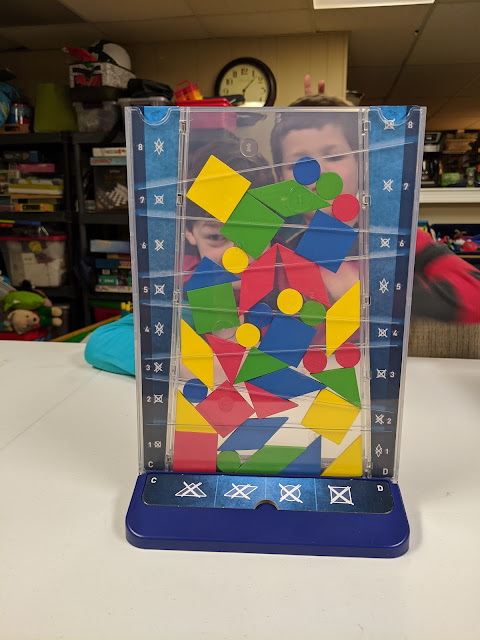 And giving each other bunny-ears.

It's simple, engaging and charming. The opening rounds will frustrate the hell out of you because the pieces bounce around so much and you're fighting tooth-and-nail for even a single point. But then by the end, you're having to strategically use your pieces to get lots of points while trying not to leave openings for your opponents.

If dexterity games aren't your jam, you're not going to like it. The incursion of physics on your gaming strategy can be a real bummer. And in your first game or two, there's a real temptation to use your good pieces early on which can leave you in a lurch for the endgame, and that's no fun.

Nope. There are some variants in the box and I think there's a scoring variant available as a promo, but those don't really count. That said, it's a popular enough game that I wouldn't be surprised to see another edition with some new options in a few years. As long as they don't try to do something crazy like Drop It 3D or something similar that sounds really cool but in practice would be a mess.

What you see is exactly what you get in this game. Pieces dropped on top of each other for points. It's childish, breezy fun for the whole family.

Tune in next week when we start a fantasy bar fight in Epic PVP: Fantasy...
In Acquire-To-Zendo, Kurt is going through his favorite board games in alphabetical order. Read the explainer or see more posts.