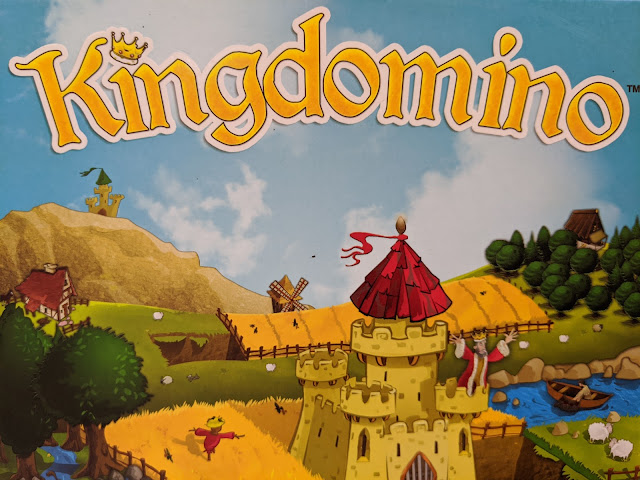 2016, 2-4 players
Complexity: light
Game nights (remember those?) aren't all just big games and party games. Sometimes you just need to kill time at a table for fifteen minutes while another game wraps up. For situations like that, we have "filler" games--light, quick games that you can learn quickly and breeze through before jumping into something bigger. 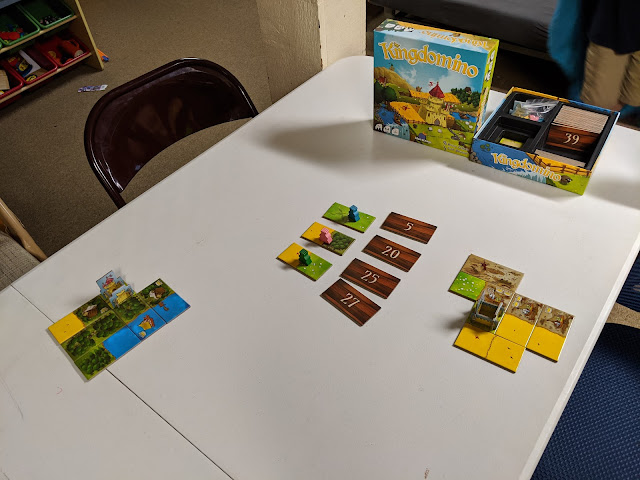 In Kingdomino, you and one-to-three friends take on the roles of kings who are dividing up territory by drafting parcels of land and adding them to your kingdom. Everyone starts with a castle, a king meeple, and a wild square. 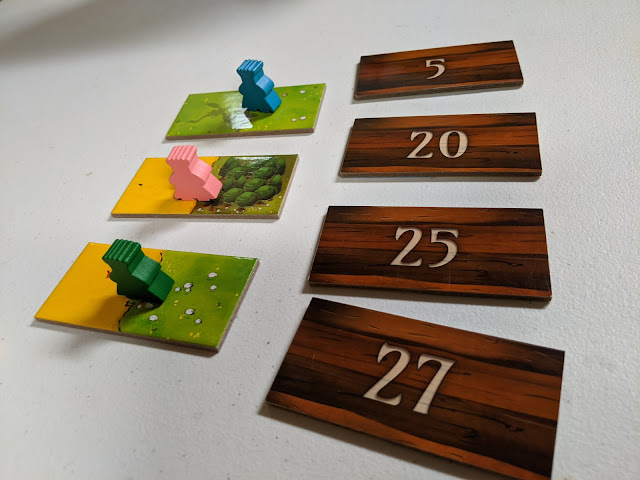 There will be a market of four tiles. On the back of these tiles is a number, and the tiles are ordered from least-to-most valuable. On the other side, there are two plots of land. Grasslands, wheat fields, forest, lake, swamp and mine. These may or may not have a crown on them. 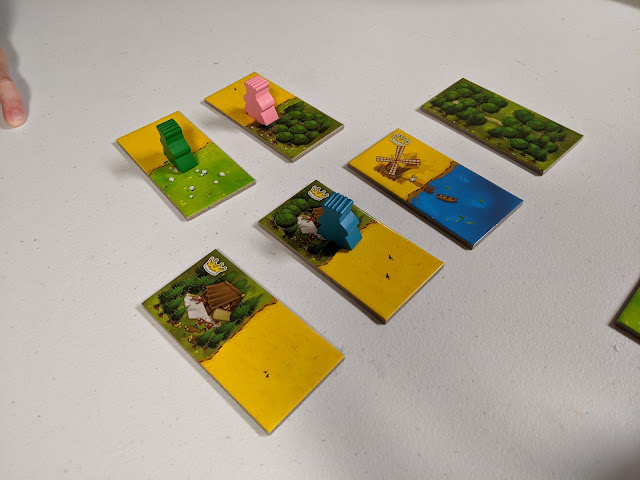 On your turn you'll take whatever tile you happen to be on and add it to your kingdom. It has to touch something already in your kingdom, and at least one side has to match something it's touching. Also, the maximum dimensions of your kingdom is 5x5 squares, and once it's played, it can't move. 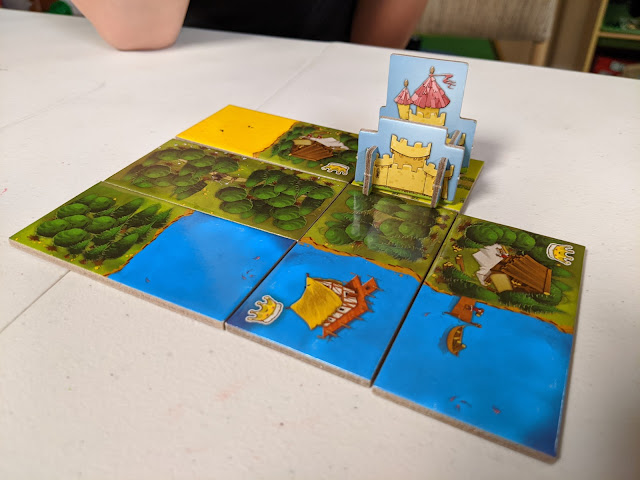 Then you place your meeple on one of the available market tiles. After everyone has claimed a tile, that becomes the new turn order. Whoever has the least-valuable tile gets to place theirs first and then gets the first choice of the next batch of market tiles. Once you've drafted 12 tiles, the game ends and you tally up points. 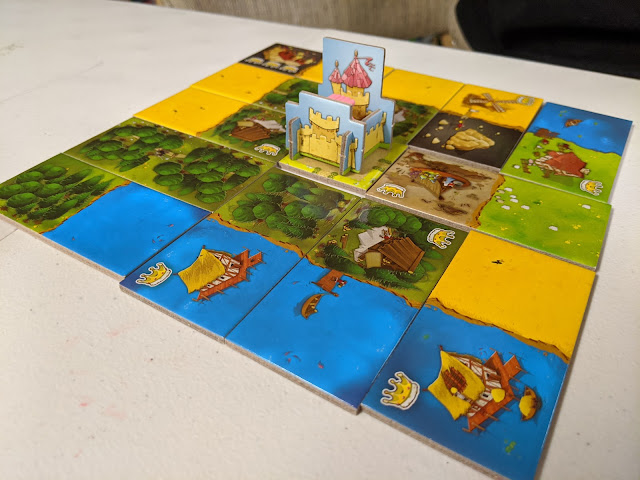 Points are allocated by land type. You count up the number of contiguous "alike" land squares and multiply that number by the number of crowns it contains. For example the lake above has four squares and two crowns, so it would be worth 8 points. Whoever has the most points at the end of the game wins.

One of the things I like about this game is that it's loose enough with the rules that you can adapt it to get more variety at lower player-counts. For instance, in a two-player game you can draft 12 tiles each and end up with a 5x5 kingdom, or you can draft 24 to build a 7x7. In a three player game you can either remove tiles ahead of time and only draft from three, or you can draft from four and take the unused tile out of the game.
The art is charming, the iconography is very easy to read. It's fun for adults but plays well with children.

Full disclosure: this game almost didn't make the list. It's fun, but there's just not that much there there, which is why I regard it as a filler game more than anything else. That also means that there's not much to dislike, so point in its favor, I guess.

There's a sequel called Queendomino that I actually played first. It takes the same basic mechanics but adds a buuuuuuunch of other stuff to it and, honestly, I don't like it. I played it once and my reaction was that there was probably a pretty solid light game buried under all that baggage. I might like it more now that I've played Kingdomino a bunch. I do like that they have contiguous box art, although it's a little weird because the Queendomino box is so much bigger.

There's not much to it, but it's fun and little different.

Tune in next week when we build trees for the tree spirits in Kodama...
In Acquire-To-Zendo, Kurt is going through his favorite board games in alphabetical order. Read the explainer or see more posts.