And we're done! It's been fun ride, and hopefully somebody reading this has discovered a game they hadn't heard of or reconsidered one that they had discounted before. Anyway, it was a lot of fun to write.

Of course, I have discovered games since starting this list that I would not have been able to incorporate. So here are some of the games that I really enjoy that didn't make cut, mostly because they were too new to me.

Tableau- and engine-builder with drafting where different parts of your engine are triggered based on what round of the draft you're in. Lots of fun and scales very cleanly. It was on Kickstarter earlier this year and should ship in the spring or summer, but there's an official scripted version on TableTop Simulator if you just want to check it out. 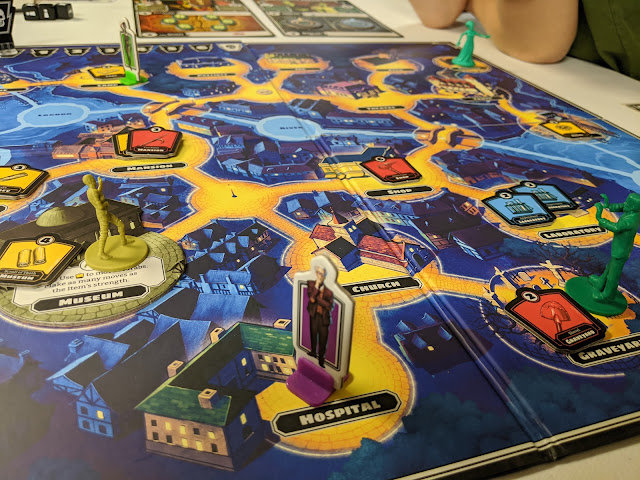 Cooperative survival game set in the world of the classic Universal Pictures monster movies. Smash Dracula's coffins, cure the Wolfman, break the Mummy's curse, hunt the Creature From The Black Lagoon, all while collecting items, helping villagers, and trying not to get hurt yourself. 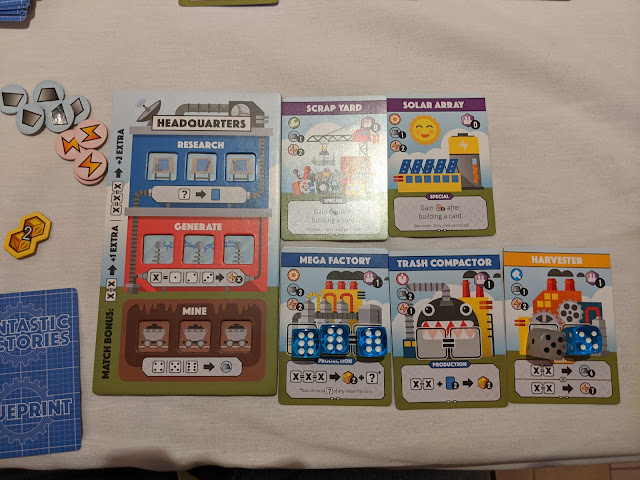 Tableau-builder in the Machi-Koro vein, only all players are using individual dice pools and then placing them as workers rather than just triggering tableau cards. It's got simultaneous play, a wry sense of humor, wonderful stylized art, a solid solo-player mode, and really well-tuned game engine. Lots of fun and easy to learn. 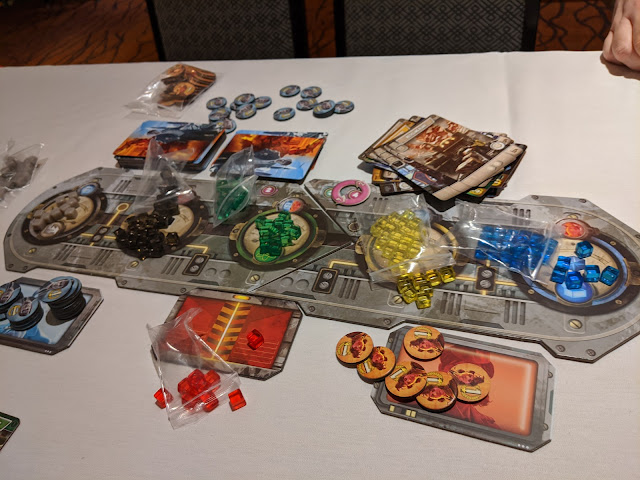 I played this at Geekway Mini back in January (so, you know, 87 months ago) and this was my favorite game of the con. In a dystopian future, imperial governments are competing to prove that their civilization is the best. Players draft development cards that they can either recycle for resources or put into production. After drafting, players produce resources according to the cards they have in their empire, which they then use to complete more developments. So, yeah, another engine-builder with simultaneous play. That seems to be in vogue this year. I missed the original Kickstarter but jumped on the campaign for the expansion and, in fact, just received my copy of both today. Excited to play them.

4x strategy game with a gimmick: the play area represents a star system that's surrounded by planets, and throughout the game the board spins, and the inner planets spin faster than the outer planets. This means you can't turtle in one area. It uses simultaneous play (of course), so the game moves quickly for a 4x game. I've been able to play a private demo of it a couple of times on TableTop Simulator and it's a lot of fun. It should be coming to Kickstarter in the next couple of months.

Cooperative LCG where players take on the role of Marvel superheroes in order to defeat/thwart supervillains. Decks are pre-made, but there are a lot rules for customization, if that's something you're into. In some ways it feels like a lesser version of Sentinels Of The Multiverse, but it's still quite good. Marvel is just throwing their IP around the board game sphere this year. We've got Marvel Smash-Up, Marvel Splendor, and another property I'll mention farther down that I'm super excited about. 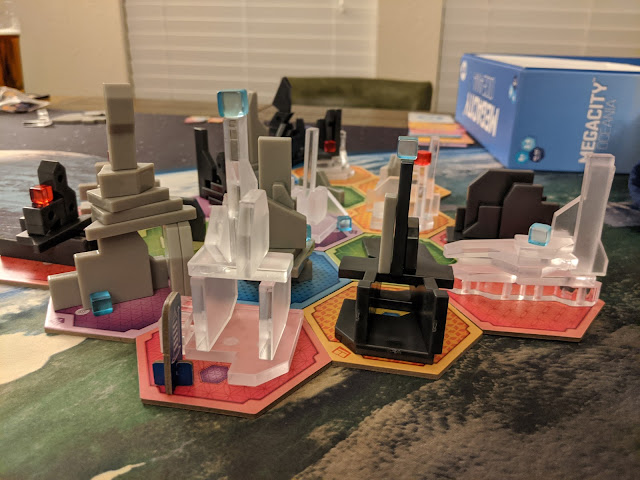 Contract-fulfilment game where the contracts you're fulfilling are to make buildings on platforms in the middle of the ocean. As a gameplay mechanic, this translates to stacking plastic bits on a tile into building shapes and then sliding the construction across the table to join the growing city. Unleash your inner Frank Gehry! This one is tons of fun and definitely one to play before people at the party get too drunk. 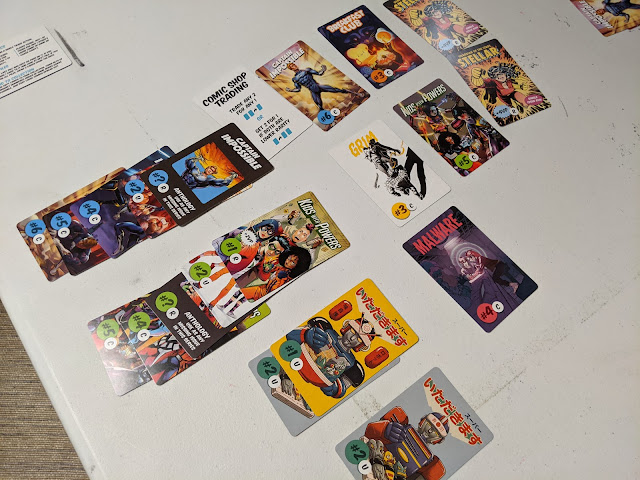 Set collection with drafting and trading, with a delightful nerdy comic aesthetic.

Deck-builder that has you trying to fulfill contracts in outer space. The catch is, nobody can manage a contract on their own at first, but you're allowed to cooperate and split the spoils. So it's a deck-builder where the primary gameplay mechanic is negotiation. The company that produced it is a graphic design firm. The gameplay is fun, but the production quality is just breathtaking.

From the makes of Evolution, this is another biology-themed engine builder. It feels like a refinement of the Evolution game engine, and the art is just phenomenal. 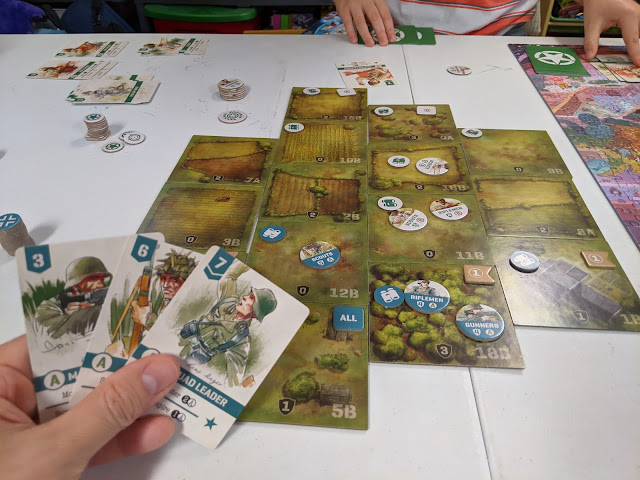 Series of asymmetric WWII tactical-strategy games. So far the only entries are Normandy and North Africa. What sets this series apart from other tactical-strategy games is that combat is relatively streamlined, and the complexity is in how players use deck-building to manage the composition of their platoons. What you end up with is a game that plays like a miniatures game, only it's shorter and has a smaller table footprint, lower price point, and less set-up and tear-down. 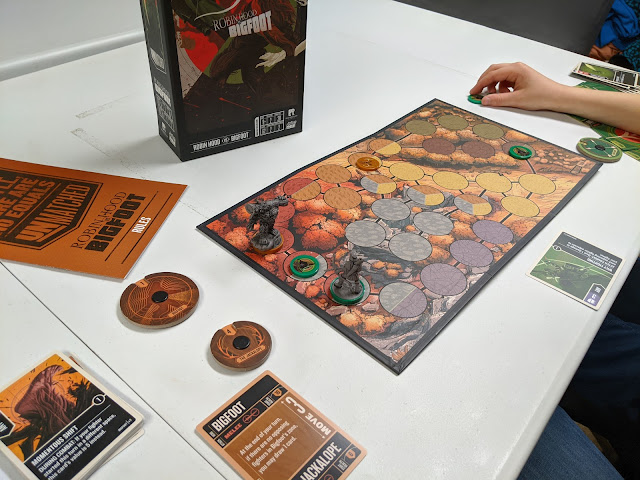 This is a 1-on-1 miniatures combat system that uses fixed decks for combat instead of dice. The mix of properties is wild. A lot of the characters are in the public domain--Bigfoot with the jackelope at his side, a reimagined Alice (of In Wonderland fame) who sports a vorpal sword and a wedge haircut. There's also a Buffy The Vampire Slayer set, a Jurassic Park set, and a forthcoming quartet of Marvel sets. Want to have Sherlock Holmes square off against Robin Hood? King Arthur versus Daredevil? Bruce Lee versus raptors? We can make that happen. 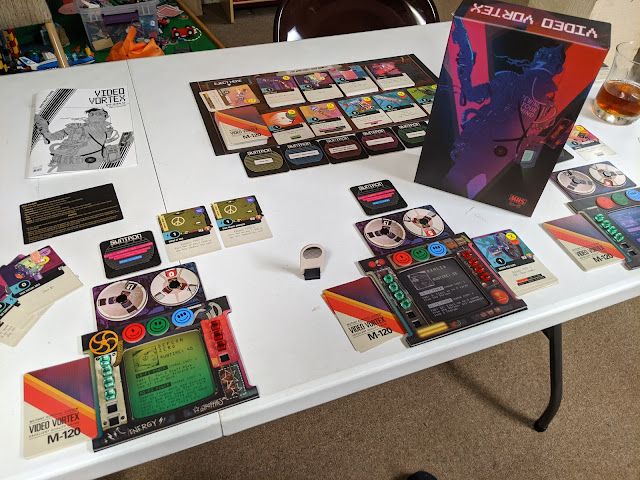 Deck-building combat game between mutants who are powered by VHS rentals. No... really. The 80s nostalgia aesthetic is strong, and the art is dark and twisted--like a dreamwave acid trip. It's one of the weirdest games I've ever played and it's a lot of fun as mutants slug it out to fast-forward each other into an early grave and collect trophies.

And that wraps it up. Have a great end of the year, everybody. Tomorrow, something different...

In Acquire-To-Zendo, Kurt is going through his favorite board games in alphabetical order. Read the explainer or see more posts.

Huy HOÀNG said…
This is very interesting. thanks for that. We need more sites like this. I commend you on your great content and excellent topic choices.