Writing Openings: Why THE MARTIAN Works So Well 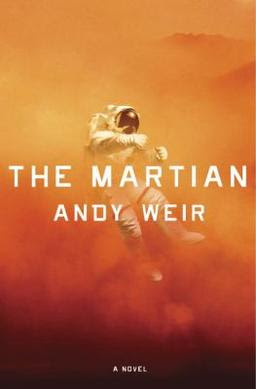 I see a lot of work from new writers. Like, a lot--between the writing group I'm in and the slush-reading I've done. And there are a handful of mistakes that new writers make over and over, and I wanted to talk about one of them in the context of the book The Martian, by Andy Weir. If you're not familiar, The Martian is a survival thriller about an astronaut who gets stranded on Mars. (It was made into a movie a few years back with Matt Damon.) It's a great read--I went through it cover-to-cover in a day. Lots of people love this book, and in particular, people talk about how strong the beginning is with that fantastic opening line.
And that's where they're wrong. Sort of. It does have a fantastic opening line. And it does have a very strong beginning. But those two things don't have anything to do with each other.
New writers tend to over-emphasize first lines and under-emphasize first pages. Opening lines aren't actually all that important. Oh, don't get me wrong--they can be memorable, and it's great when they are. But memorability isn't the same as importance. Let me explain. Here's the opening passage of The Martian:
I'm pretty much fucked.
That's my considered opinion.
Fucked.
Six days into what should be the greatest two months of my life, and it's turned into a nightmare.
I don't even know who'll read this. I guess someone will find it eventually. Maybe a hundred years from now.
For the record...I didn't die on Sol 6. Certainly the rest of the crew thought I did, and I can't blame them. Maybe there'll be a day of national mourning for me, and my Wikipedia page will say "Mark Whatney is the only human being to have died on Mars."
And it'll be right, probably. 'Cause I'll surely die here. Just not on Sol 6 when everyone thinks I did.
We all love that opening line. It's iconic. But while those first four words are great, they are doing very little in terms of actually setting up the world or the story. In fact, you could cut out the first three lines entirely and the opening would be every bit as strong, if somewhat less memorable. While you're gawking over that opening line, what you don't notice is that the next couple of paragraphs are doing an incredible amount of heavy lifting from a storytelling perspective.
From "Six days into..." through "...when everyone thinks I did" Weir packs in absolutely everything you need to know about this story. You learn:
That's a lot of information. You get the character's name, conflict, and stakes, and a fair amount of world-building without actually being handed any real backstory. It's a remarkably effective opening, but the opening line contributes very little to that, aside from giving you a little bit of insight into the character's state of mind and the book's tone. By the time you get to the bottom of that passage, you are invested in this story and this character's journey--and that is why you are going to turn the page and keep reading, not because the first four words were funny.
I'm not poo-pooing the opening line. It really is iconic. But when you look at it as a writer, it's easy to take away the wrong lesson from it. A good opening line is cool. But an effective opening page is necessary.
]{p